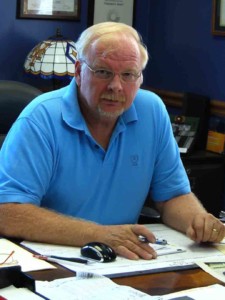 David founded GP Designs and started operations after the closure of General Plastics Corporation in 2003. He started at General Plastics as General Manager in 1993 after spending 17 years in management in the wire and cable industry to include positions with Cablec; Anaconda and Essex/United Technologies. He was named President and COO of General Plastics Corporation in 1995. David has a bachelor’s degree in business administration from Indiana Wesleyan University and is a veteran of the US Army. He assists and consults on the daily business operations of GP Designs. David is also President of the Town Council for Matthews where has been a board member for 24 years. David has served on several local boards to include the Marion-Grant County Chamber of Commerce; Chairman of the Cornerstone Mental Health Board and the Grant County Economic Growth Council. David currently serves on the Grant County Visitor and Convention Bureau Board.

David and Sandy live in Matthews and have two sons K.C. and Cameron.