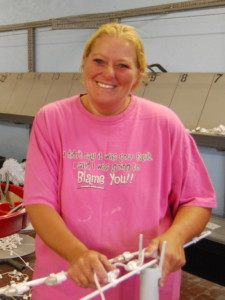 Tracey graduated from Mississinewa High School.  She started her career in 1994 with General Plastics  in the Finishing Department.   During her down time with General Plastics she helped her Grandparents run the Marion Fairgrounds.  Tracey started with GP Designs in 2004 in the finishing department.  Tracey took over as Finishing Supervisor in 2016.

Tracey lives in Marion and has three children.